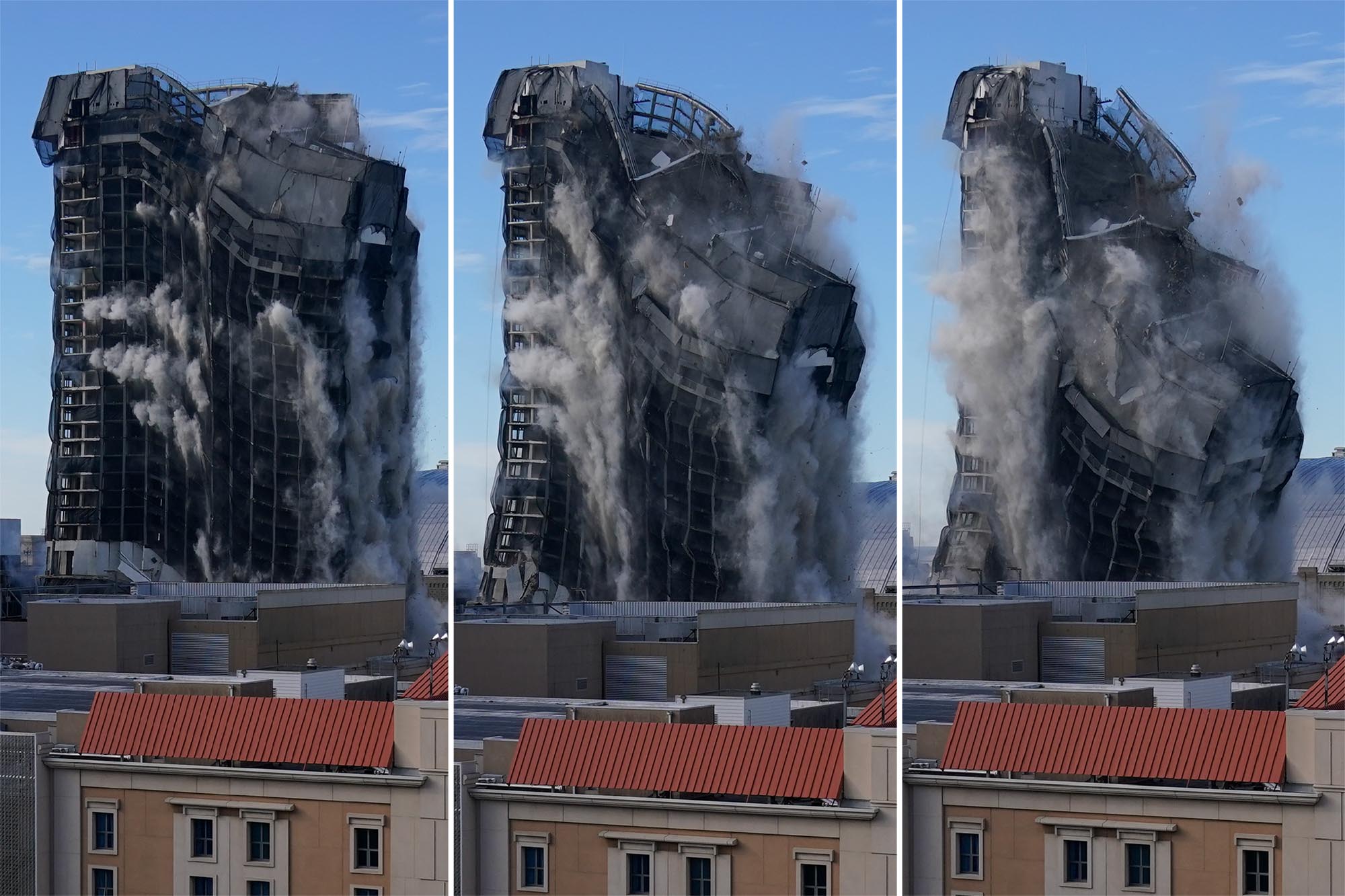 At 9:08 a.m., the former Trump Plaza casino was razed in a controlled explosion, crumbling “like a deck of cards” as Fire Chief Scott Evans had earlier predicted.

More than 100 people lined the New Jersey beach to watch the boardwalk implosion of the casino that had fallen into disrepair after it was shuttered in 2014, the Press of Atlantic City said.

Mayor Marty Small told the paper he woke at 4:13 a.m. and couldn’t get back to sleep because he was so excited to get the “eyesore of Trump Plaza” down.

The former casino — which was a celeb magnet under Trump — was cleared to open a prime development opportunity.

Though the former president built it, the building was bought by billionaire Carl Icahn in 2016.

Knicks’ Derrick Rose thrives in first game back after COVID-19