Dumpster divers face off with cops at Portland grocery store 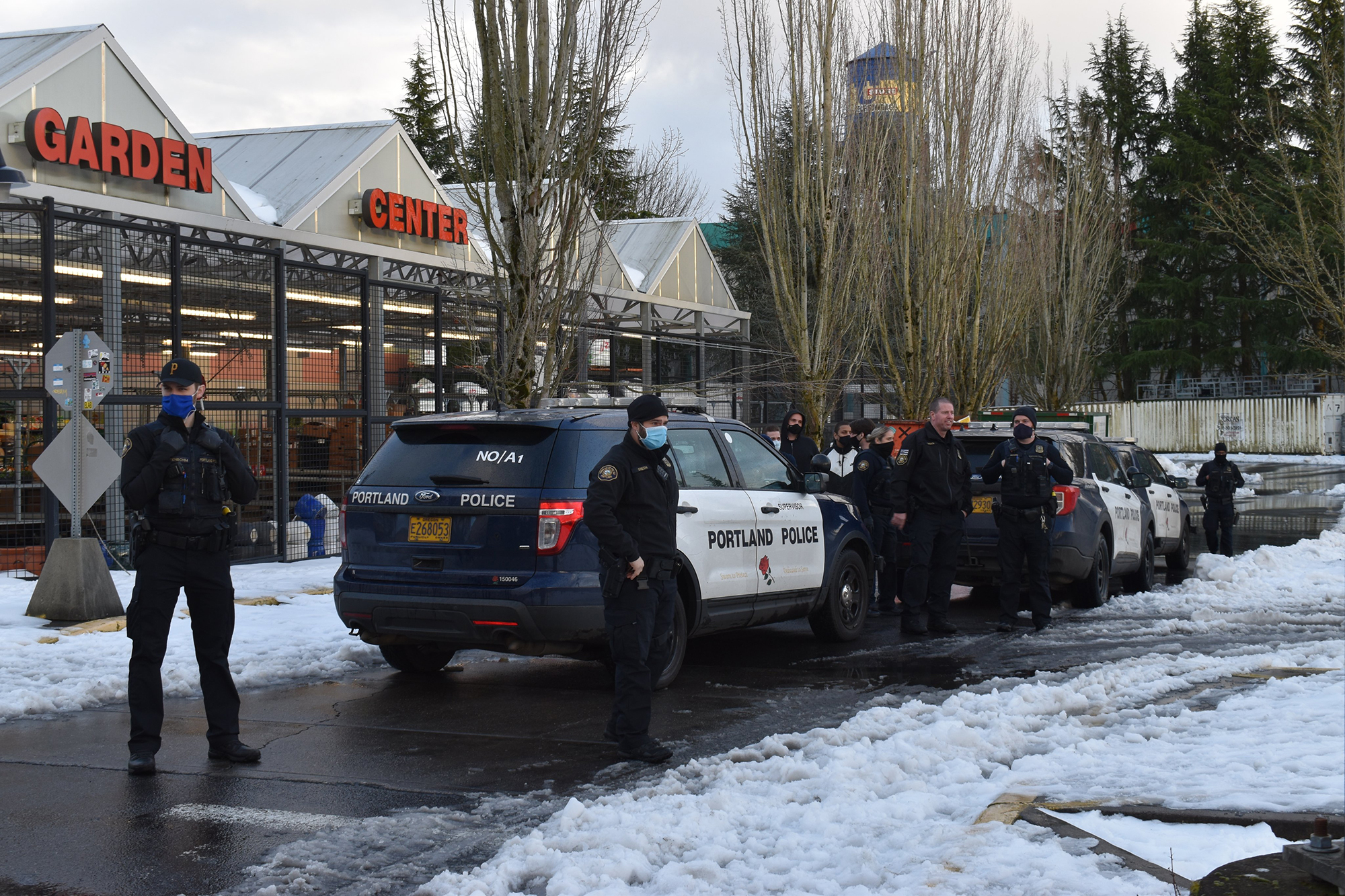 Angry dumpster divers prevailed in a tense standoff with cops this week outside a Portland supermarket — where the garbage bins were piled high with discarded food amid widespread power outages.

Dozens of activists and hungry scavengers had faced down employees and cops on Tuesday and Wednesday at the Fred Meyer store, hoping to grab some of the mountain of defrosting packaged meat, cheese, yogurt and juices for theirselves and for emergency weather shelters, The Oregonian reported.

By Wednesday night, the cops retreated, the paper reported, and the dumpster divers began carrying off items — including whole turkeys and racks of ribs.

The food was still in good condition due to the cold weather, activist Juniper Simonis told the paper, noting that one diver picked up a carton of juice with an expiration date in March.

“The people who were there weren’t there for selfish reasons — they were there to get food to distribute to hungry people around the city,” Simonis said.

“There are mutual aid groups that have been helping feed people at warming centers, because the city doesn’t have enough resources to feed them.”

“Unfortunately, due to loss of power at this store, some perishable food was no longer safe for donation to local hunger relief agencies,” the company tweeted.

“Our store team became concerned that area residents would consume the food and risk food borne illness, and they engaged local law enforcement out of an abundance of caution. We apologize for the confusion.”

Some 100,000 Portland residents were without power early Thursday after what Portland officials said was the worst storm-related outage in 40 years.

Biden May Be the Most Pro-Labor President Ever; That May Not Save Unions