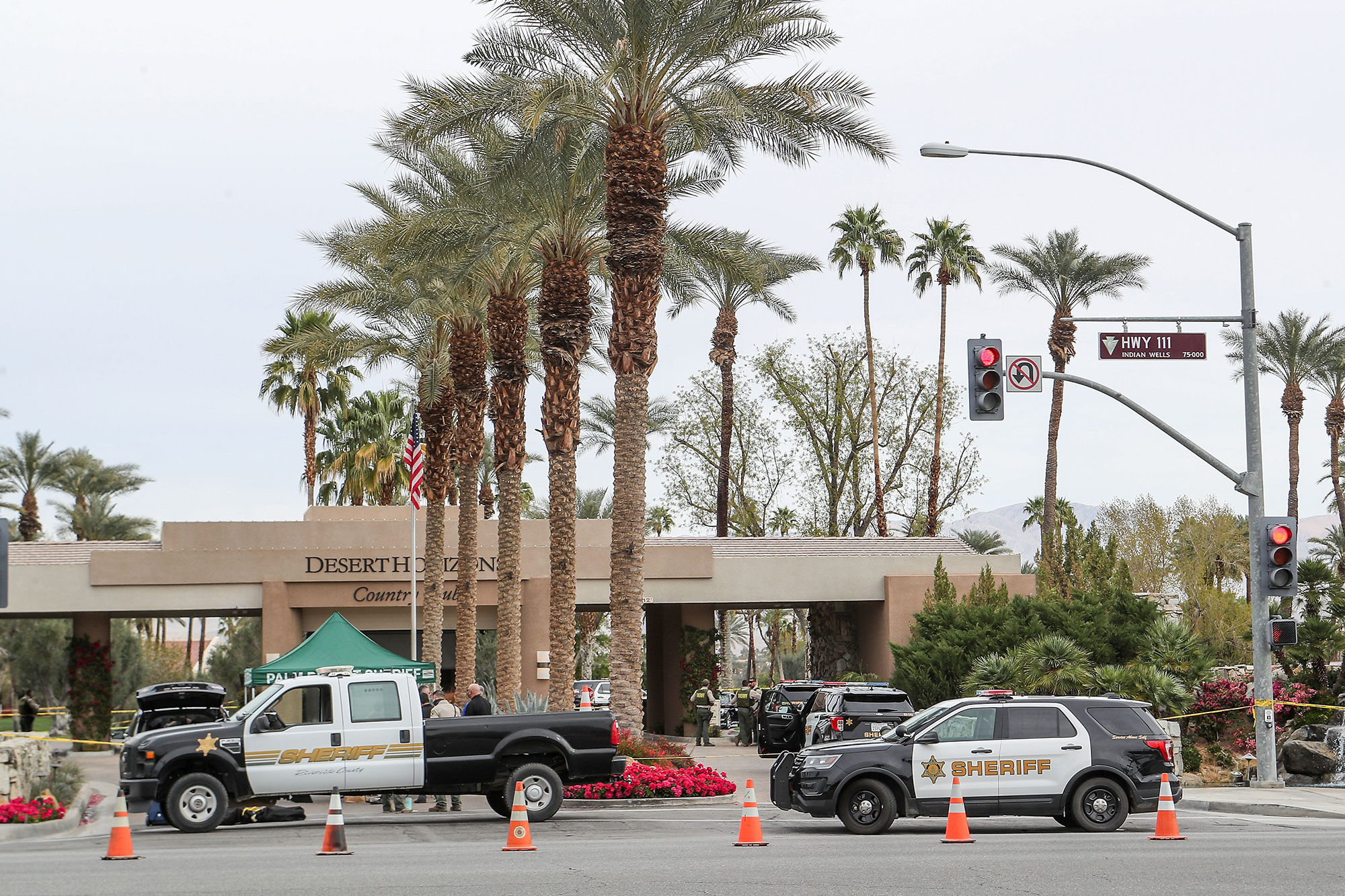 Deputies fatally shot a Mercedes-Benz driver when he pointed a gun at them on the grounds of a posh California country club this week, authorities said.

The incident began Monday morning when the man followed another driver into a parking lot near Simon Drive and Highway 111 in the city of La Quinta — and an argument erupted, the Riverside County Sheriff’s Department said.

“He went back to the victim’s vehicle,” Sheriff Chad Bianco told the Desert Sun. “Had the handgun in his hand, beat on the window with the handgun, yelled at him asking if he wanted to die. There were some more words exchanged. He got in the car and left.”

The driver of the Mercedes, which bore Arizona plates, took off while the other driver called 911, according to the report.

Responding deputies attempted to stop him, but he made a beeline into the Desert Horizons Country Club, about five miles west of where the incident began, the paper reported.

“He approached the gate. The gate was locked,” Bianco said. “He told the attendant that he needed to get through because the cops were chasing him. They opened the gate.”

The driver then got out of the Mercedes and pointed a handgun at deputies, authorities said.

Two deputies fired at him, according to the sheriff.

He could not be saved and was pronounced dead on scene, police said. His name is being withheld.

The deputies involved will be placed on administrative leave per department policy, according to the sheriff’s department. Their names were also not immediately released.

A Smarter App Is Watching Your Wallet